Hi everyone, Margareta's Webmistress here - leaping in to let you know what's going on in her world

Some of you will know that Margareta and family have headed off to the Pilbara for a few months working on a station cattle muster (which is such a great opportunity for a bit of book research / thinking as well!). Now we had hoped that she'd be doing some blogging from up there but pressure of the workload combined with the dodgy Internet that many of we bush dwellers deal with ... and her access is a bit too erratic. So by text, Facebook messages and a bit of shouting to be heard over dodgy telephone lines we've worked out an alternative, and I'll send out some newsletters for her to let everyone know what's happening.

You kind of know she's in a different part of the world when you look at weather forecasts from there.

While we're all wrapped up in scarves, beanies, and four pairs of socks, up there even the dogs are looking for shade.

But apart from a lot of muted gloating about the weather, there has been a lot of hard work going on. Somewhere in the crew below, heading out for the first mustering run, are H, The Princess and the Farm Boy.

Helping out with the Camp Cooking is not the only thing that Margareta's been doing though:

But, of course, there is always the cooking to be done - and there's lots of it with mustering crews this size

I borrowed the photo below from Attica Grey's page just to show what you churn out when you're cooking for 15 and the mustering camp. 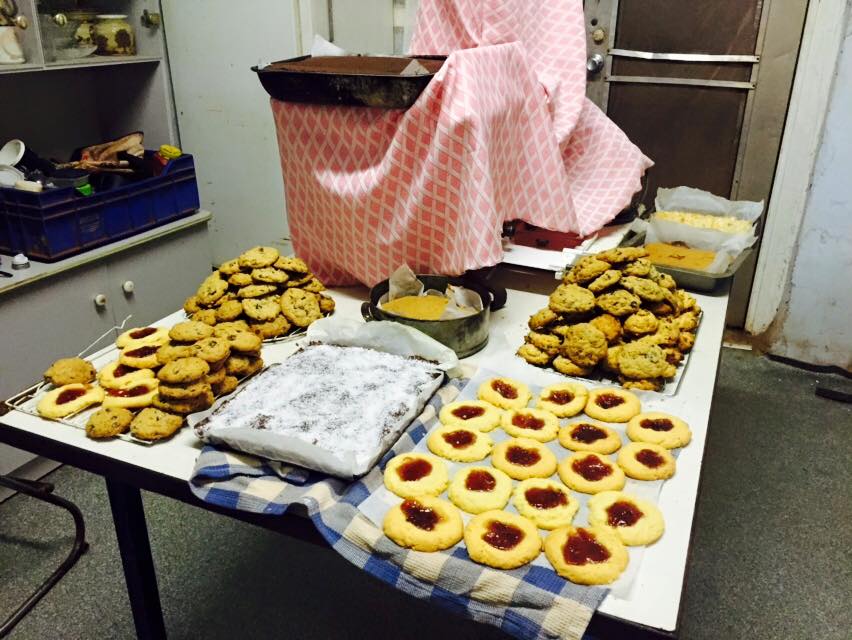 But back to the work work...

Don't forget if you're on Facebook you can follow Margareta at https://www.facebook.com/pages/Margareta-Osborn/249126035122382 - she's posting photos and little notes regularly, but I will accumulate more updates from her and send you out other newsletters as she goes.