I'm Not a Big Fan of Housework 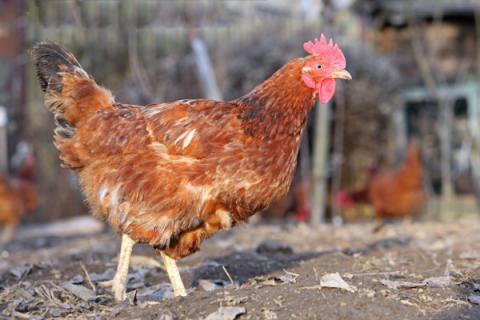 I’m not a big fan of housework, but in saying that, I adore a clean and orderly house. (Admin: Some of us have learnt to live without one if it means avoiding housework....) If things are where they are supposed to be and the kitchen floor doesn’t resemble a chook pen (that photo, incidentally is not our house!), it helps me at least ‘feel’ like there is some semblance of normality about our crazy household.

Thus, when our trusty Meile vacuum cleaner blew up, it was quite distressing. It’d been limping it along, with me coaxing, cajoling, telling it ‘you can do it, you can do it ...’ as it tried valiantly to suck up (for the 100th time!) the remnants left by someone who walked inside in their work boots (GROWL).

But, finally, with a splutter and bang, it gave up the ghost. No fiddling with its inner parts in the shed by either mechanic would encourage it to start let alone crank over. Phone calls to ‘official’ repair men assured us a new vacuum would have to be bought as there was no way in hell anyone could replace those tiny brushes. A little piece about 10cm x 1cm and they don’t sell it anymore. Trash it and start again, they said. Talk about a waste.

And if there’s one thing I hate more than washing pegged on the line weirdly, it’s buying things like white goods, iron’s and vacuum cleaners. I reckon the download given by every salesman or woman on the in’s and out’s of whitegoods, would make even the most hardened car buyer run for the pub.

So, it was with great trepidation I approached the nearest ‘Super Store of all household goods’. BUT I had used my Dad’s old Dyson and loved it. I had done a Facebook poll with my friends. Get a Dyson, the majority said. So off I trotted. A Dyson it would be.

Until I got into the store.

Dyson’s were there in force, along with a multitude of Meile’s and a plethora of Bosch and a host other brands all sitting there in an array of gorgeous colours and sizes going ‘Pick me! Pick me!’ The fellow in charge of the household implement department upended waste basket after waste basket of dirt in an effort to prove to me that I didn’t want a Dyson at all. I needed a Bosch. He had a Bosch. Everyone he knew had a Bosch. And if I didn’t want a Bosch, I should go back to Meile. Look at how much dust it sucks!

So I did what I normally do in said situations and walked away. Thoroughly confused. Totally peeved I had to even think about buying a vacuum when all I wanted to do was spend that money on something interesting, like say, a new pair of cowgirl boots. Or even a new stock saddle for Miss 11 or a loud muffler for Mr 13’s new Silly car; either would do.

Nothing happened for weeks. We had no vacuum. My once-a-week cleaner (God bless her) would bring her own and for the rest of the time I scrambled around a 40 square house with a brush and broom. This was HOW MUCH I HATED the thought of driving for an hour and heading back into that big store. I could almost bring on a headache at will even thinking about it.

Last week, however, finally, brought a solution. I was immersed in creating my next book having done the usual morning scramble on hands and knees with my brush and shovel around two fire-hearths. H had come inside to tell me he was heading down into our local town of Heyfield for motorbike parts from Vern Graham’s (locally and affectionately known as 'good old Vernies’) where you can get anything from a new four wheel motorbike to Gallagher clothes pegs (they are the best thing for holding clothes onto a line when you live on a hill, trust me on this).

I said, looking despairingly at the kitchen floor, ‘Gosh, we soooo need a vacuum.’

After a minute pondering the floor with me, the man in question said, in his take-charge tone, ‘‘Leave it to me.’

He arrives back home an hour later with his motorbike parts, tractor parts, the mail and paper, and … a vacuum.

It’s huge and utilitarian and orange and grey with one on/off switch and only three simple attachments.

He says, ‘Well, Hon, you’ve always wanted your own STIHL.’