The Background - Is A BUSH CHRISTMAS True? 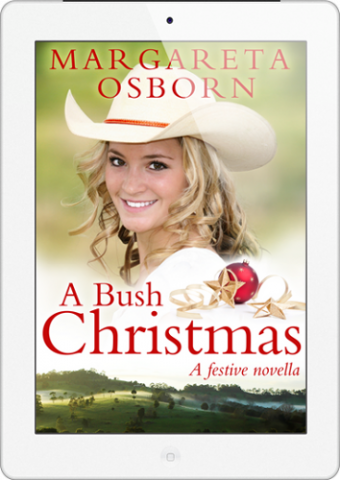 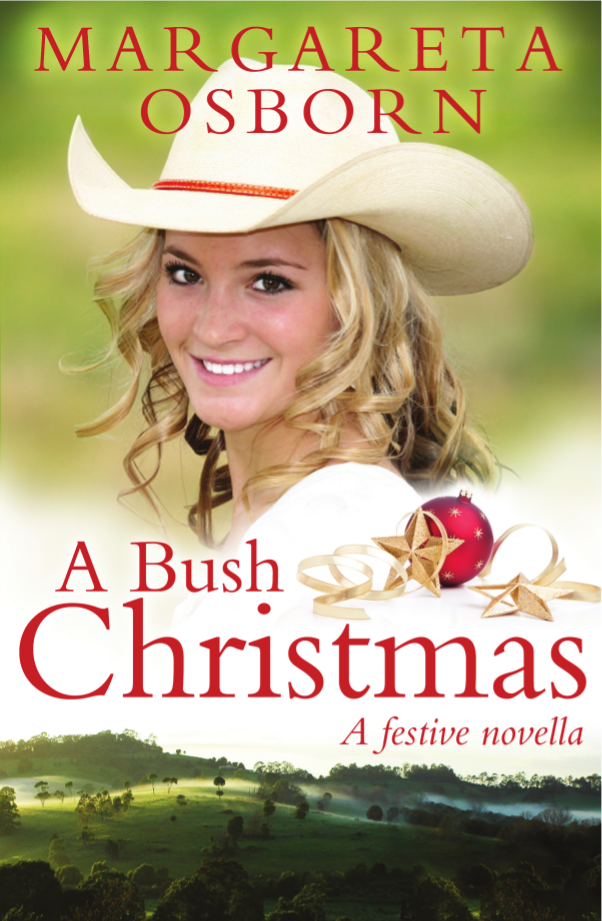 To wake up last weekend and see my novella, A BUSH CHRISTMAS sitting in the top ten books to be downloaded on iTunes was humbling. I swear I nearly fell off my chair in a dead faint. Then my publisher texted me Sunday morning to say we’d made it to No. 2.

By midday we were at No. 1, remaining in that precarious seat, staring down at James Patterson until Wednesday! (Oh my gosh, I have fainted – James Patterson?! Seriously? This is not me. There must be some other Margareta Osborn clone out there - may God help the world.)

My novella, A BUSH CHRISTMAS, is still sitting in the top 10 and I am well aware that this is primarily because of one key factor. You. And for that I want to express my gratitude. Thank you for your interest. Thank you for your faith. Thank you from the bottom of my heart for wanting to read about a bush Christmas.

When my publisher Beverley Cousins at Random House asked me to write the novella, I was head down bottom up into finishing off my second full-length novel, HOPE’S ROAD. A couple of mornings later the HOPE’S ROAD manuscript took flight through cyber-space to Sydney and Beverley’s desk, and I was sitting in my office staring dazedly out the window at the beautiful day, thinking ‘thank the Lord that’s gone.’ My husband popped his head around the door. Taking in my slumped demeanour he promptly suggested a ‘motorbike ride into the hills.’

I thought, why not? The sun was shining, the birds were singing, the kids were at school and I didn’t have a deadline to meet because I’d literally just pressed SEND. So without further adieu, H and I played truants. We donned our coats and helmets and the farm saw our dust. 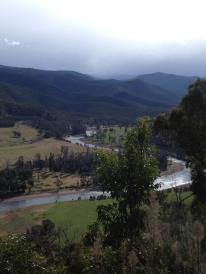 I wasn’t supposed to be thinking of writing. I wasn’t supposed to be thinking anything other than enjoying the freedom and thrill of being on the bike. But as a writer, I don’t think your mind really has a holiday or even a two-hour break. We rode that old Honda XR 400 up into the hills soaking in the view, the bush scents, the sun, winding our way around mountains to Licola to buy an ice-cream before turning around and heading back.

H glanced at me as we were pulling off our helmets once we’d returned home and said, ‘A great ride, hey? What were you thinking?’ (and that’s usually my line?!). I had to respond rather bashfully, ‘My novella. I can have her riding a bike. A classic – maybe a V Max?’ Well, of course my poor man just rolled his eyes, gave a half laugh and said, ‘Just make sure it’s not a Harley!’

A few nights later I was in the LandCruiser and on the way down to Melbourne, a three-hour drive. I was due at a library talk at 7.30pm, it was bucketing with rain and a girlfriend had kindly offered to come with me for company. The reason I wasn’t in my other little run-around diesel Peugeot was because the day before, in a fit of forgetfulness as I was organising H’s surprise birthday present (a second-hand VTR 1000 mind you, not a Harley), I’d put petrol in the damn car. Subsequently H was draining the tank and trying to bring the motor back from the brink of death. Que – Jaime and her Subaru J

After the library talk, we met up with my critique partner and great mate Kate Belle (http://www.randomhouse.com.au/blog/random-romance-1634.aspx) and there ensured a hilarious hour or so whereby my two crazy friends and I brainstormed some ridiculous things that could happen to my gorgeous city girl, Jaime. The plot led from there.

I once saw a house as I was driving along a back road in New South Wales.  It was a big, blue-grey sprawling joint with this long drive of old, old trees. The limbs of the ancient cypress spread like witches fingers across the drive. It was spooky and I’d always thought, ‘that place belongs in a book.’ And thus we have Polly’s Plains. 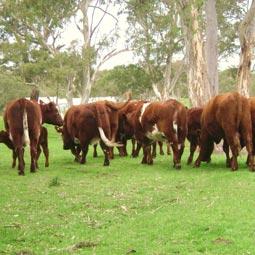 That scene in the cattleyards really did happen to my father and I, except the cattle were black and I didn’t break a nail or jump up on the fence (I must confess I have no nails to break!). He did yell me and I did ‘yell’ (okay, read that as swear)back at him but how the heck is one supposed to know which cow a man wants to draft off, when he calls, ‘the black one in the middle,’ and there are five cows coming towards you that are all black?!

And just how many times did we watch that dozy little herd of Hereford cattle on McLeods Daughter’s get shunted from paddock to post and be expected to believe they were different mobs? Really?!

Possums were the bane of our lives a while back with many relocations up the scrub as the darn things were getting into an elderly relatives house, although not, thank heavens, into her bedroom.

Christmas Tree community get-togethers, like the one Jaime and Stirling attended, are held in the bush across the length and breadth of this great country of ours at this time of the year. BBQ’s are cooked, beer is drunk, and harassed mothers try to keep overexcited kids in hand as Santa arrives on the fire truck. To no avail mind you. The children respond by devouring icy poles and lollies and tearing around at the one party they have been looking forward to all year. ‘Bring it on,’ they yell! 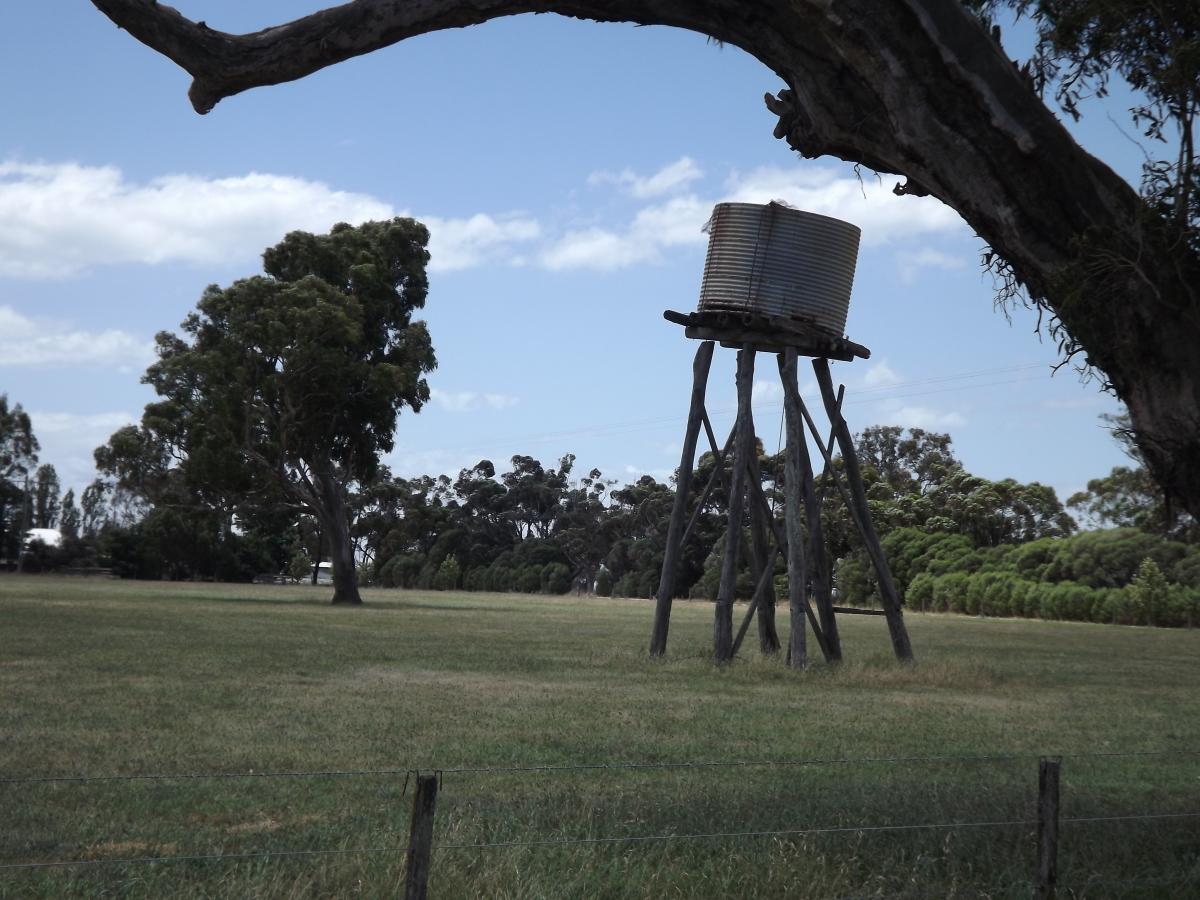 And I have to mention the Christmas lights. I love Christmas lights as much as my kids do. The drive around our district taking in all the farms and houses with lights strung from front gateways and house roofs to antennas, tank stands and windmills, simply takes my breath away. I also have to give a special mention to those creative souls who make Christmas scenes with giant hay bales, and wonderful quirky settings like a bloke who created Santa sitting amid his very own golfing green in the middle of a paddock on the road between Stratford and Bairnsdale. We loved it and I’m sure a myriad of others did too.

Tell us, what’s unique about Christmas in your part of the bush? What do you love about this time of year?